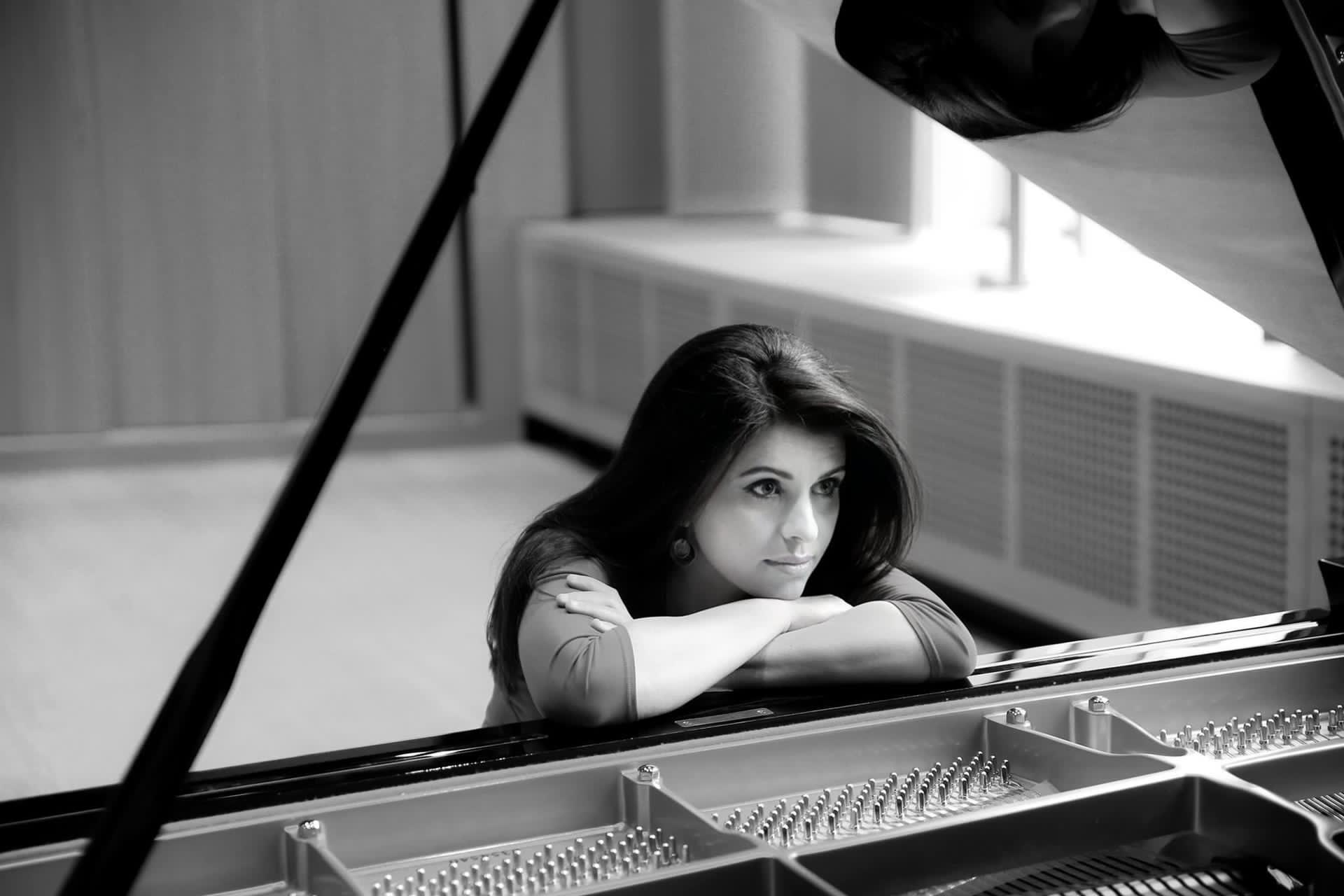 “A pianist with a temperament of fire!” – Le Soir

“Here is someone that is exceedingly talented! Rarely in my life I encountered someone with such human and artistic qualities.”

Sylvia Thereza is a virtuoso, a star in the Brazilian classical music scene and a rising star internationally.

She is the protégé of the famous pianist Maria João Pires, who brought her to Europe and with whom she has shared the stage countless times around the world with enormous success. Maria João Pires invited her to become her assistant professor at the Queen Elisabeth Music Chapel in Belgium, a post that she held from 2012 to 2016.

Sylvia was also guided by the greats Nelson Freire, Bella Davidovich, Maria da Penha (disciple of Marguerite Long, Guiomar Novaes, and Jozef Turczynski), and Myrian Dauelsberg (disciple of Vlado Perlemuter and Heitor Villa-Lobos). Later in Belgium, she studied with Alan Weiss at the Master’s program of the University of Leuven. Precious support also came from Earl Wild and Sergio Tiempo.

“I was profoundly struck by the sensitivity and very particular personality of this young pianist who moved me deeply and I dare foresee a brilliant career thanks to all her great artistic qualities.”

Sylvia combines a great mixture of charisma, artistic depth, youth, experience on the concert stage, and social awareness and responsibility.

She has conducted social projects in Brazil, Africa, and Belgium that have benefited more than 30,000 children by introducing them to classical music. For this work, she has received great recognition from government institutions, the public, and the media in many countries.

Sylvia Thereza was born in Rio de Janeiro, Brazil, and began her musical studies improvising with her father at the age of three. Sylvia has been performing since the age of six as a soloist, chamber musician, and recitalist all over Europe, the Americas, the Middle East, South Korea, and Japan. Her way of experiencing art has taken her to important stages around the world and, in contrast, to some of the most underprivileged communities.

Award winner in the “Martha Argerich edition” of the International Piano Competition of Vigo, Spain in 2009 that had Martha Argerich, Nelson Freire, Tamas Vasary, and Sergio Tiempo in the Juri; and winner of the “Nelson Freire Competition” held in Rio de Janeiro in 2004. Sylvia has been regularly invited to play in many Festivals and Orchestras, such as the Brussels Philharmonic, the Kremlin Chamber Orchestra, the Hannover Chamber Orchestra, the Philadelphia Youth Orchestra, and, among others, all major orchestras of Brazil.

In her calendar for the year 2022, she has already confirmed performances in Italy, Belgium, Spain, Holland, France, Brazil, Thailand, and the United States

Sylvia Thereza is an enthusiastic chamber musician and plays regurlarly in many different chamber music formations. She has played with musicians such as Maria João Pires, Augustin Dumay, Daniel Hope, Misha Taits, Ning Kam, among others. More recently, Sylvia was invited by the violinist Daniel Hope to participate in the recording of his CD “America” released by Deutsche Grammophon in February 2022.

She is the founder of the ONG Uaná – Association for the Arts in Belgium, an organization that is providing access to culture for underprivileged children with special needs. For this, she brought together great names in the music world who, with their valuable contribution, participate as educators bringing their art to these segments of society through music education, concerts, exhibitions, and recordings.

In 2021, Sylvia accepted the position of professor of piano at the prestigious University Luca School of Arts in Belgium, a member of the KU Leuven Association.